You don't have any saved vehicles!

Look for this link on your favorites:

Once you've saved some vehicles, you can view them here at any time.

CALL US FIND US

As an auto market, Buffalo won’t be confused with South Beach, where flashy cars weave through everyday traffic.

But some dealer groups say there are luxury car sales to be made in Western New York, and they are going after them.

Towne Automotive Group is preparing to build a $3 million facility in Clarence for both Maserati and Alfa Romeo. Towne has sold Maseratis from a temporary location in Orchard Park since fall 2014. But the new showroom will be a much higher-profile sales outlet, and Alfa Romeo will be a new addition to the market.

“This is the riskiest thing I’ve done in my 30-plus years here, because it’s not a known market,” Downing said. “It’s not like we’re buying a Ford store or a Toyota store, where there’s a customer base. This is all on the ‘if-come’ that it will work in Buffalo. Like Alfa Romeo, there’s no owner base, so we’re betting on Buffalo and we’re betting on these franchises.”

Other dealers are selling luxury vehicles – including Porsche, Jaguar, Lotus and Land Rover – in a market not especially known for flaunting wealth. While premium vehicles may not be high-volume sellers, dealers say they have a business model that works.

Maserati has added U.S. dealerships as part of an expansion plan, and Towne started selling the vehicles on Southwestern Boulevard in fall 2014. All along, Towne’s plan was to move the dealership into a permanent home.

A location near Main Street and Transit Road turned out to be the ideal fit. Towne already has a presence in that area – including a BMW dealership the dealer group will expand – and the demographics appealed to Maserati’s decision makers. Other luxury car dealerships are also in the neighborhood, creating a magnet of sorts for those shoppers.

Downing can vouch for Maserati’s ability to turn heads, from his experience driving one of its convertibles. He gets thumbs-ups from other drivers on the highway and answers questions from other motorists when he fuels up.

“I’ve driven a lot of nice cars that we sell,” he said. “More than any one, this is the one people want to talk about.”

This is where a quandary of sorts comes in for a dealer who sells Maseratis. The brand has cultivated an image of exclusivity. But even customers of means might assume all Maseratis sell for at least $100,000, and think the brand is beyond their reach.

“People know Maserati, but a lot of them think they’re even more expensive than they are,” Downing said. “People are shocked when they hear you can get one for $75,000.”

Tom Frizzell, the sales manager, puts it this way: “It’s not for everyone because it’s not an inexpensive car. But it’s not over the top. There are a lot of people who can afford it.”

Towne Maserati sold about 40 new vehicles last year, including enough convertibles to prompt the automaker to inquire how that happened in a place like Buffalo. Downing believes the dealership will sell 75 new vehicles next year from the new dealership, largely due to a product not yet in the showroom: the Levante SUV, whose price starts at $72,000.

Luxury carmakers have expanded their lineups into SUVs, to attract other customers.

Downing predicts the Levante will account for 60 percent of his Maserati sales. “This vehicle is the reason we said, ‘This is going to work.’” Towne was allocated eight Levantes for this year; the dealership has sold 10 of them, meaning two customers will have to wait for theirs.

Downing noted SUVs are a reliably popular segment in Buffalo. And women tend to have a much greater say in household buying decisions when it comes to SUVs, meaning a wider audience might consider Maserati, he said.

The new dealership counts on rounding out its financial picture with Alfa Romeo sales, parts and service revenues, and used car sales. Towne figured it had a shot at securing an Alfa Romeo franchise if it took on Maserati – both brands are part of Fiat Chrysler Automobiles . (Its Alfa Romeo sales will start by March 2017, but Downing hopes to get approval to start in September.)

Unlike some brands, Towne doesn’t have to worry about competing with a Maserati dealership across town. The next closest locations are in Rochester, Pittsburgh and Cleveland. A customer recently came up from Bradford, Pa., about an hour’s drive away, to pick up a vehicle.

At the corporate level, Maserati is trying to get out of a slump: its sales dropped 13 percent last year. Fiat Chrysler just announced a new leader to oversee both the Maserati and Alfa Romeo brands.

Jeremy Acevedo, an analyst at car research site Edmunds.com, said luxury carmakers have found a healthy niche in SUV sales. About 50 percent of their sales this year are in that segment. “It’s a huge lift for luxury sales, definitely.”

Porsche rolled out its Cayenne more than a decade ago. Other luxury brands have introduced their own SUVs, including Tesla, and more are on the way, such as Bentley.

“Everybody is kind of seeing that is the future, because that’s where the buying public wants to put their dollars,” Acevedo said.

Northtown Automotive Cos. competes for luxury sales with brands like Lexus, Porsche, Land Rover and Volvo. Just like Maserati, Northtown’s luxury brands have a wide territory to draw from without rival sellers close by, said Craig Schreiber, an co-owner of Northtown.

But Northtown sells some of its high-end vehicles to customers in other parts of the country. “Not every sale is going into Western New York,” Schreiber said. “We’re selling some expensive vehicles out of market. We try not to. We try to keep them in market, especially on allocated vehicles that are tough to come by.” By selling the vehicles here, Northtown can generate follow-up revenues from service and, ideally, take back the vehicles at trade-in time.

But luxury car dealers say there are buyers around here, including professionals like doctors and lawyers, and business owners and auto enthusiasts. Northtown recently sold a $250,000 Range Rover to a local customer.

Schreiber said luxury SUV sales have been strong for Northtown. He recalled years ago that Porsche recognized it was losing sales to customers who wanted an SUV but had to go elsewhere to buy one, prompting Porsche to create the Cayenne.

Luxury car dealerships may not usually generate a lot of units sold per month, but dealers say they can still make the numbers work.

“You’re working off different margin structures,” Schreiber said. “Your marketing costs are considerably less. We have finite allocations – we’re basically selling every car we can get. You don’t have to go to market as heavily with advertising and what not. So you can scale down some of the costs associated with operating them.”

“On the other hand, you’re stepping up some of the customer amenities that you offer and some of the service you have to give to these people, so that comes at a cost,” he said.

Downing said he believes the time is right for a new Maserati and Alfa Romeo dealership to enter the scene.

“I just look at everything that’s happening in Buffalo and all the good things, with the medical campus, and the waterfront and Canalside, Riverworks,” he said. “I think we’re on the brink of greater and greater things happening.”

0 comment(s) so far on A Maserati dealership? In Buffalo? – Buffalo News feature

You don't have any saved vehicles!

Look for this link on your favorites:

Once you've saved some vehicles, you can view them here at any time. 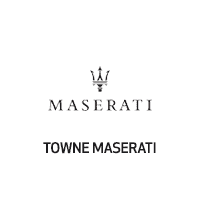